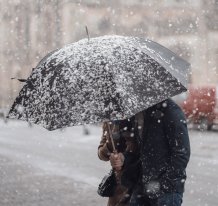 The Lancet warned campaigning in the chilly weather would mean “it is unlikely that the full number of elected members will be in a fit state to attend the opening day of the new Parliament”.

Blast from the Past: Edwardian doctors feared winter election would leave Parliament empty and destroy health of candidates

Political parties fighting for votes in the forthcoming General Election may be worried winter weather could put off supporters from coming out to cast their vote – but a century ago doctors were more concerned a December election would leave Parliament empty.

Prestigious medical journal The Lancet warned campaigning in the chilly weather would mean “it is unlikely that the full number of elected members will be in a fit state to attend the opening day of the new Parliament”.

An editorial published on January 8, 1910 said “severe mischief” had been caused to the health of people who had previously campaigned in a winter election.

Praising this “public-spirited self-sacrifice”, the article describes the “life of dangerous stress” faced by candidates and campaigners.

The article said: “To the mental and laryngeal strain which they have to ’undergo must be added the unaccustomed exposure to which they are submitted, particularly in rural constituencies. Long evenings spent in chilly motor-car rides from place to place are interspersed with speech-making in the stuffy atmosphere of village schools, a constant alternation between the extremes of heat and cold which cannot fail to try the strongest.

“With the coming of the motor-car the political candidate, like the medical man, has changed his methods, and now does far more work in the 24 hours than he did before. In the days when he only attended one or two meetings in an evening, and had to travel to them in a closed carriage, the only landscape visible the strip of hedge or dyke revealed by the light of the carriage lamps, he ran a risk of being bored but not of being exhausted.

“Compared with the monotony of the older form of travelling, an open motor-car, even with the temperature at 100 below zero, seems preferable, but the added work made possible, and the more exciting conditions under which it is done, must have their influence.”

The article was discovered by Professor Richard Toye, Head of History at the University of Exeter. It is highlighted in an article he has written for BBC History magazine, published on 28 November.

“Winter elections may not have been unusual 100 years ago in the way they are today, but the Lancet piece shows even a century ago doctors were worried for candidates and their supporters,” Professor Toye said.

“Cars are now warmer and healthcare is better, so doctors are likely to have fewer concerns about 2019’s candidates, even though the weather may well be bad in the run-up to polling day. Whether politics itself is in good health is a rather different question.”

In the 19th century, winter elections were quite common, although the most popular month was August. Two winter elections took place respectively at the start and finish of 1910 to solve the crisis caused by the Liberal party’s battle with the Conservative-dominated House of Lords. The Lancet editorial was published during the first election in 1910.