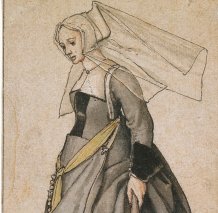 Experts will use ancient records to discover the truth about how women worked centuries ago and the history of the gender pay gap and forced labour.

University of Exeter research will reveal the conditions in which people were employed in England between 1300 and 1700, putting modern work practices in their long term perspective. Historian Professor Jane Whittle, has won a prestigious European Research Council Advanced Grant of €1,666,565 to investigate ordinary people’s day to day working lives.

The project, called Forms of Labour: Gender, Freedom and Experience of Work in the Preindustrial Economy, will shed light on not just men’s work, but the role of women, children and young people in the economy. During this period waged work became the dominant form of labour in Western Europe.

Three strands of the project will explore the everyday experience of work, women’s unequal position in the economy, and the variety of employment contracts - such as those that forced young people to work for years without pay.

Professor Whittle said: “This work will bring an entirely new perspective on England’s early modern economy, transforming how we think of its development. The role of women in the workforce is often misunderstood or dismissed, and we hope our research will create a step-change in our understanding of gender and work. The roots of our current gender pay gap lie in these historic employment practices.

“We will look beyond just the evidence on how much people got paid. Examining the type of contracts they had and their relationships with employers and co-workers shows us so much more. We will also explore how “free” people’s labour was. Serfdom ended in the 15th century, but this doesn’t mean forced labour disappeared, indeed it still exists today. Unemployment was illegal, and laws and other practices were used to force people to work. We will collect information on the extent of coercion and unpaid work in this period.”

Some assume after the end of serfdom in the fifteenth century, the workforce of Western Europe was free, unlike that of other parts of the world. Yet women were excluded from some forms of work, and once married had no right to own property or the fruits of their labour, and had limited control over their own bodies. Early modern legal frameworks explicitly placed wage workers like servants in the same legal relationship to the household head as children.

Manuscript documents in local archives will provide entirely new evidence about working lives in the past. Witness statements from English church courts and county-level criminal courts in the period 1550-1700 will provide evidence about the range and balance of types of work in the economy, gender division of labour, the age and marital status of workers, the location of different types of work, the time and season at which work was carried out, and the relationship of workers to each other. Records about the enforcement of labour laws and wage accounts from 1300 onwards will reveal how workers were treated and types of work contracts.

The results of the research will be detailed in two books and a series articles in academic journals which will be published ‘open access’ or free of charge.

Professor Andrew Thorpe, Pro-Vice-Chancellor and Executive Dean for Humanities, said: “These major grants are outstanding achievements in this extremely competitive awards scheme, and show the sheer quality of the Humanities at Exeter. This scheme is intensely competitive, with a success rate of around 10 per cent. It would have been big news, therefore, if one colleague had won an award: for two to do so in the same round is nothing short of remarkable. It shows clearly the excellence and eminence of Jane and Jose. But it also demonstrates very clearly the continuing excellence of the Humanities at Exeter. With scholars of this quality, the Humanities can face the future with confidence.”