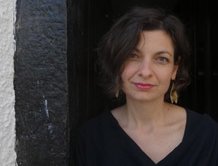 A major new project to uncover the impact and origins of socialist and communist medical innovations will help experts to produce a new history of global healthcare.

Experts will use as yet-untapped archives in former socialist nations to show the contribution doctors there made to medicine in their countries and around the world.

The research will ensure greater recognition for the achievements made by doctors in Eastern European and socialist countries around the world , and help historians better understand the origins of treatments used today.

Experts in Czechoslovak helped develop the contact lens while doctors in Cuba helped provide a polio vaccination model for Latin America, and doctors in communist countries developed and produced medical and pharmaceutical products then used around the world.

Dr Dora Vargha, from the University of Exeter, who will lead the European Research Council-funded study, will examine archives in Eastern Europe, Africa and Latin America, North America and in international organizations.

Dr Vargha said: “The history of healthcare is often told through what happened in the West, but socialist countries have made major contributions, for example in the eradication of smallpox. This research will transform our knowledge of historical processes and further our understanding of ideas, practices and processes that current global health structures have been built on.

“Many parts of the socialist world, like China or Czechoslovakia, provided different approaches to international and global health. Although socialism varied greatly across time and space, diverse framings of socialist medicine played major roles in shaping and contesting global practices.”

Dr Vargha will investigate how distinct practices in socialist healthcare emerged and will track the legacies of socialist medicine and its imprint on local, national and global health

She said: “Bringing a new perspective into global health history is crucial for understanding current public health challenges. Critical moments and processes in the Cold War era shaped and contributed to how global public health problems are governed, how contemporary states organise their healthcare policies and how medical research is conducted. For instance, we cannot fully grasp stakes in global polio eradication without considering its socialist roots, nor can we understand ideas of international public health without regarding socialist ideas of solidarity.”

Medical advances and pharmaceutical work during the Cold War was subject to industrial espionage but nations on either side of the Iron Curtain did collaborate.

Shortages of drugs and equipment spurred technological innovation within socialist countries, who then helped other nations experiencing medical emergencies. Eastern European states built hospitals across the ‘Third World’ from Libya through Kenya to Vietnam.

Czechoslovakia and Hungary sent medical professionals to revolutionary Cuba to counter a severe shortage of doctors and nurses, while at the same time Cuba sent physicians to Algeria and later provided crucial primary healthcare to Angola. China’s barefoot doctor scheme became an international model in providing primary healthcare to areas stricken with shortages in physicians.