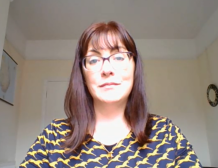 Women were killed by guns and bombs, were the victims of sexual assault and had their hair forcibly shorn during the Irish Civil War, new analysis of documents shows.

The serious and traumatising violence women suffered during the conflict is revealed in compensation claim records, as well as the psychological impact on victims.

Some injuries were accidental, due to female civilians being in the wrong place at the wrong time, or because they were present when there were raids on private homes.

Dr Gemma Clark, from the University of Exeter, has analysed newly accessible records of the Irish Free State’s Compensation (Personal Injuries) Committee. Her research, published in the journal Irish Historical Studies, shows women suffered aggression and intimidation but there is less evidence of attempts by either side in the conflict to denigrate women en masse.

Dr Clark said: “Revolutionary Ireland was not a safe place for many Irishwomen, however there is little evidence that sexual violence was widespread during the conflict. The records suggest violence against women was not used in a systematic way to realise political or military objectives. But it’s important to remember that people then, as now, may be reluctant to report sexual assault.

“The highly damaging legacies of the Civil War ought not to be forgotten, and these papers give information about the violence and intimidation suffered by people which otherwise would have gone unrecorded.”

The committee was set up in April 1923, as the war was ending, to consider injuries sustained by civilians. The committee considered in total 6,616 applications from the public, paying out more than £269,000 (around £14.5 million, in today’s terms) to the injured and dependants of the deceased.

There are 2,107 applications for support in the records, nineteen per cent of which were submitted by, or on behalf of, women. Of these, 20 per cent relate to the period after 11 July 1921, the Truce with Britain. Dr Clark’s research has focused on these compensation claims relating to violence against women during the Civil War.

Around 12 per cent of compensation claims mention mental illness triggered by witnessing violence at close quarters. Mary Hyde’s ‘nerves are shattered’, for example, after being knocked unconscious by debris from a mine explosion in St Mary’s Hall, Cork, on 2 March 1923. Mary Gallagher had a ‘very severe shock’ when ‘Irregulars’ attacked her home in the Arigna mountains in County Roscommon.

However, some women were targeted because of their loyalties or beliefs. At Dillons Cross, County Cork in December 1922, Mary Barry, and ‘three other girls’, were ‘singing a song in support of the Treaty when a shot rang out and I fell’. She attributed the attack to ‘civilians believed to be anti-treaty or supporters of anti-treaty forces’.

When a “party of Irregulars” carried out a night-time raid at the home of Patrick Callanan, in Dromelehy, Cooraclare on 29 December 1922, his daughter Mai was shot in the foot. It is not clear if the shooter, William Campbell, later arrested, meant to injure her foot specifically (Mai’s shoes were off as she undressed for bed), but she was suspected of informing the government troops at Kilrush of “the whereabouts of Campbell and other Irregulars”.

Serious attacks also took place in the home, where women – as guardians of the domestic space – bore the brunt of violence. Some had opened the door to violent groups searching for the men of the house. Bridget Barry from County Cork had to hide under her kitchen table when “machine gun fire and bullets came through [the] back door”. She had given water to “rebels” who came to her front door, an act seen by National Troops who then opened fire.

Dr Clark’s investigations of possible cases of sexual assault were made difficult by omissions and obscure language in the sources. Women were more forthcoming in compensation claims, by contrast, about forced hair-shearing than sexual assault or rape. This was used as a punishment for women who associated with British or Free State forces – socially, economically or by passing on information.

Anne White, a housekeeper for a Catholic priest in County Cork was assaulted when the house was raided by armed men in April 1923. Her sister Mary, also a servant, and the priest, “remonstrated” with the raiders, but they were threatened with revolvers – and Mary was “badly dragged about and assaulted”, which, according to the compensation claim, resulted in lasting physical and mental damage rendering her unable to work or care for elderly parents. Anne was forced into a motorcar by the raiders and taken away to an unoccupied house five or six miles away, where she was kept and her hair cut off.