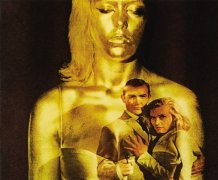 Was James Bond a Feminist? 007 admired ‘modern women’ with a 21st century attitude towards sex

James Bond was not a misogynistic dinosaur but a sensual ‘stylish commando’ who valued strong, independent women with a 21st century attitude to sex, a new book on 007 asserts.

The new critique of 007’s character has found that much criticism of Ian Fleming’s secret agent is misplaced, partly due to his depiction in early films. In Fleming’s books, although written in the 1950s and 60s, Bond admires female partners who are not only as sexually liberated and demanding as him, but independent, resourceful and able to help him defeat villains.

The book by Professor Jeremy Black of the University of Exeter, found that far from being a ‘sadistic womaniser’ and card-board cut out misogynist, Ian Fleming’s Bond admires strong female characters who were far more modern than the female ideal of the 1950s and 60s, when the books were written. Although created in the age before the pill, 007 respected women who were as sexually liberated and adventurous, rather than those – such as the films’ early depiction of Miss Moneypenny – who embodied the female ideal of the time.

“Fleming’s depiction of women who were not constrained or defined by the search for matrimony and motherhood, such as the vivid portrayal of Honeychilde Rider in Dr No, contrasted with the women in the adventure stories of his childhood,” Black says.

Rehabilitating Bond and putting him in a historical and political context, Professor Black finds evidence that Ian Fleming’s protagonist is not only “the last of the club-land heroes” with “an older established code and set of values” but a modern gent who rails against the victimisation of women and dislikes the depiction of women as submissive ‘slaves.”

Although, as originally portrayed 007 “was very much a figure of the early 1950s, written by a man whose ideas were pre-war”, Bond is ahead of his time in his respect for women making their own sexual choices, despising the depiction of sexually-liberated women as ‘tarts’.

“Whore, ‘tart’ prostitute were not words Bond used about women unless they were professional streetwalkers or the inmates of a brothel…This was an independent, a girl of authority and character. She might like the rich, gay life, but so far as Bond was concerned, that was the right kind of girl. She might sleep with men, obviously did, but it would be on her terms and not on theirs,” Fleming writes.

Although written against a socially Conservative backdrop, the female characters Bond admires most do not have motherhood and marriage as an aim, but are sexually adventurous and independent of men. Pussy Galore is the leader of a lesbian motorcycle gang, “who had never met a man before.” She helps Bond foil Goldfinger’s plot to gas the guards at Fort Knox in the book and the film where she is depicted as the leader of a flying circus.

Bond says of Ms Galore, whom he eventually seduces: “He was amused by the uncompromising attitude that said to Goldfinger and to the room ‘ All men and bastards and cheats. Don’t try any masculine hocus on me’.”

The book debunks popular criticism of Bond as a “school boy bully” with “the mechanical two-dimensional sex longing of a frustrated adolescent’, as described by Paul Johnson in 1958 in the New Statesman. Black admits that in “Bond, Fleming created a rock-hard war-hero-type, an image of toughness, sharpness, resolution, cleverness and male sexuality.”

But he refutes the assertion of William Rees-Mogg, the former editor of the Times, who referred to Bond as a “high technology killer, a sadistic womaniser and a pseudo sophisticate.”

In The World of James Bond to be published by Rowman and Littlefield this year (2017), Professor Jeremy Black, blames the two-dimensional depiction of Bond and Bond Girls in many of the films based on Fleming’s novels for his sexist image.

“In the films, the women were stunning, the filmmakers creating an image that the grittier novels do not necessarily match,” the Exeter University academic says. In the films from Dr No to Spectre, according to Black’s count, from has counted 007 has often effortless sexual relations with 58 women.

Professor Black says that in the books “Bond’s sexual desire, was validated by his role and heroism” while his “desires are depicted as normal, not insatiable.”

The Exeter University historian, who specialises in military history, contends in his latest book on 007 that the women Bond ends up in bed with can be just as demanding as him.

“The women in Fleming’s works are presented as just as sexually active as Bond” he writes. “ It is central to the image of Bond’s sexuality that he gives, as well as receives pleasure.”

In the novel Goldfinger, but not in the film, Jill Masterston accompanies Bond on the Silver Meteor Train from Miami to New York. After Caviar and best champagne, he writes, how she – not Bond - sets the sexual pace.

“She had woken him twice more in the night with soft demanding caresses, saying nothing, just reaching for his hard, lean body. The next day she had twice pulled down the roller blinds to shut out the hard light and had taken him by the hand and said ‘Love me, James’….. Neither had had regrets.”

The Exeter University academic says that Ian Fleming’s secret agent is ‘the last of the club-land heroes’ with “an older established code and set of values.”

But he believes that because “the Bond corpus stretches across the great breach of the 1960s” Fleming had to respond to it.

Fleming’s own wife Ann had a well-known affair with Hugh Gaitskell, then leader of the Labour party. From 1955 Fleming, had his own lover, and his own commitment to living in the West Indies was in part linked to his sex life.

Unlike the villains who were sadistic towards women, Bond’s attitude “was presented as benign.”

In Goldfinger Bond is revolted reading a passage in a SMERSH manual which says: “A drunken woman can also usually be handled by using the thumb and forefinger to grab the lower lip. By pinching hard and twisting, as the pull is made, the woman will come along.”

“The mechanistic megalomania of many of the villains and the sadistic evil of their agents are contrasted with Bond’s sensuality,” the book says.

Black believes that 007’s reputation as a cardboard cut-out womaniser arises from failing to look at the entire corpus of Fleming’s works, while sometimes quoting Bond out of context.

“All too often it is selective quotations taken out of context that have been employed to characterise Bond in a misleading fashion,” Black says.

One quote taken as evidence that Bond is a sexist, is in Fleming’s short story Quantum of Solace in which Bond contends that if he married he would marry an air hostess. He could then have “a pretty girl always tucking you up and bringing you drinks and hot meals and asking if you had everything you waned. And they’re always smiling and wanting to please. If I don’t marry an air hostess, there’ll be nothing for it but marry a Japanese. The seem to have the right ideas too.”

Professor Black says: “Clear case for the prosecution: totally unconstructed sexism plus a dose of racism. But read on.”

Fleming explains that Bond deliberately made such a provocative remark “to outrage the Governor into a discussion of some human topic.”

“Bond had no intention of marrying anyone. If he did, it would certainly not be an insipid slave,” Fleming continues.

However, Black says that Bond is unreconstructed when it comes to homosexuality and says in his book that “the approach to homosexual in the Bond corpus is pretty hostile.”

In a Miami restaurant in Goldfinger, the manager is described as “a pansified Italian”, while at the start of the novel From Russia, with Love, Bond advocates the recruitment of gays to hunt gay spies.

Bond is equally suspicious of those with no sexual interest and Fleming depicts the arch-villain Blofeld as asexual. “He didn’t smoke or drink and he had never been known to sleep with a member of either sex. He didn’t even eat very much.”

Professor Black said: “Bond was a very modern man for the 1950s. This was the pre-pill age, but he admires women who offer sex, femininity and masculinity. His women are independent and driven. He is a far more complex and interesting character in the books than in many of the films and the fact that in the films all the Bond Girls are stunning, and with startling regularity acquiesce with a sigh of “Oh James”, has fed 007’s reputation as an arch misogynist. Is James Bond a feminist? Perhaps not. Fleming’s Bond, as he created him, may have been a club-land hero with many pre-war attitudes and manners, but he was far ahead of his time in his respect for independent sexually-liberated women who had character, drive and attitude.”