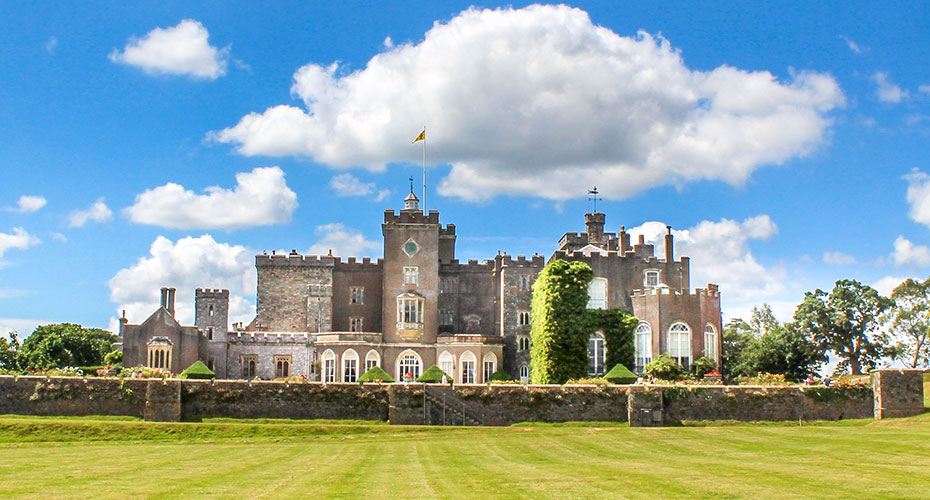 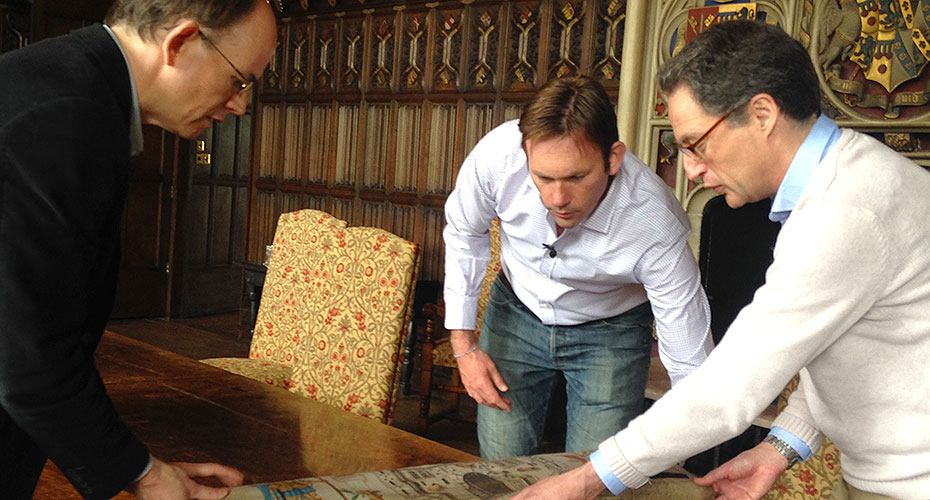 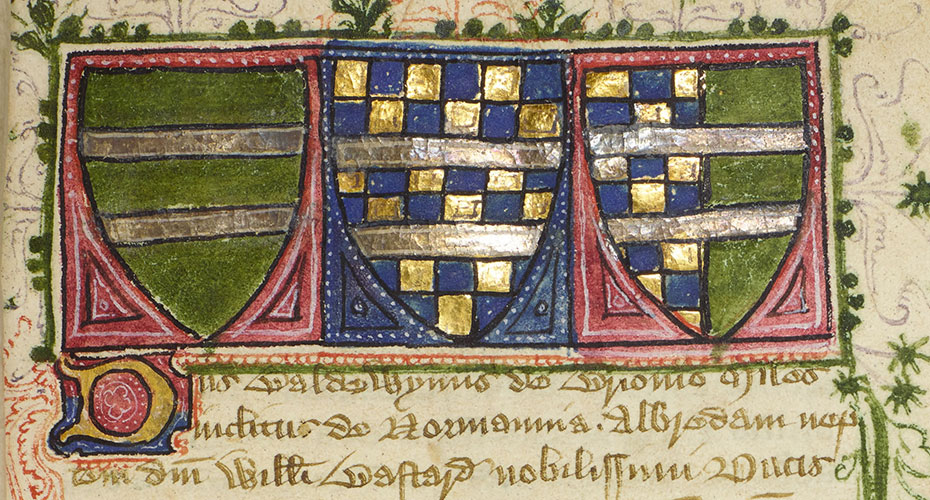 Researchers from the History department and our Digital Humanities team are using the latest digital technology to recreate the Courtenay medieval family tree, revealing the fascinating lifestories of their ancestors and their role in shaping national and local history.

Powderham Castle is the ancient seat of the Courtenay family. Their history is recorded back to the ninth century and they have lived in Devon since arriving with Eleanor of Aquitaine in the 1150s.

The work of Professors James Clark and Henry French will help the Earl and Countess share 1,000 years of history with the public at Powderham, which is a very popular destination for visitors to the South West.

This partnership between the University of Exeter and Powderham has so far led to the digitisation of a medieval family tree and cartulary. The documents are preserved in a 600-year-old book richly painted with the branches of the bright green tree running across each page and the coats of arms of each generation picked out in gold leaf. The digitisation will enable the original medieval “tree” to be put together for the first time.

Professor Clark said: “The striking thing about the medieval family tree is that it is not just a list of names, it presents the lifestories of some of the Courtenays’ most remarkable ancestors, put together by those who knew them at first hand. It especially celebrates some of the formidable women in the family, many of whom break the medieval mould as fearlessly independent, politically active defenders of their family’s interest. We have been able to translate it from Latin and digitally recreate it as a tree. It will hopefully be displayed at the castle for visitors and will bring to life the story of the Courtenay family.”

Professor French said: “We are delighted that the Earl got in contact with us to suggest we work with him to examine the Courtenay family. We have been thrilled to work with the materials at Powderham.”

The Earl, Charlie said: “It has been fantastic to work with Henry and James on the digitisation of the cartulary. My wife AJ and I are looking forward to bringing to life a piece of Devon’s history and sharing this at Powderham.”

Charlie has recently discovered very colourful but little known stories of the Courtenay family. Documents have shed new light on the friendship between Richard Courtenay – who was born at Powderham – and King Henry V, the hero of Agincourt. Richard was Henry’s boyhood companion, loyal friend and perhaps the greatest influence on his outlook when he took the throne. Richard was buried alongside Henry in Westminster Abbey and the researchers believe there is more to be discovered about the closest of friendships with medieval England’s most memorable monarchs.