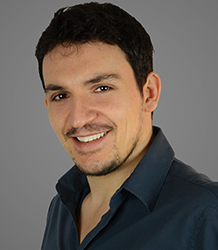 I am an intellectual historian, with a specialisation in the pre-modern history of science, technology and medicine. My work focuses predominantly on medieval and early modern conceptual history, the history and practices of quantification and the reconstruction of scientific instruments. My interests extend more broadly to the role that classical and medieval philosophy played in the development of early modern ideas on logic, method, theory of matter, taxonomy, anatomy and physiology. I studied at the University of Rome ‘La Sapienza’, where I achieved a BA in Theoretical Philosophy (2005), an MA in Philosophy of Science (2008) and a PhD in History of Philosophy and History of Ideas (2012), with a thesis on the influence of Galen’s medicine and psychology on the late-Renaissance philosophy (Ottimo/Summa cum Laude). I held positions as Postdoctoral and Research Fellow at The Warburg Institute of London, the University of Exeter, the Folger Institute in Washington DC, the Edward Worth Library in Dublin, and the Julius Maximilian University of Würzburg. In 2018-19 I was awarded two Visiting Professor Fellowships at the Institute for Advanced Research in the Humanities (IRH-ICUB) in Bucharest and at the University of Padua, researching medieval forms of quantification and early modern corpuscularianism. Most recently, I received a Vicent Peset Llorca Residential Fellowship at the López Piñero Interuniversity Institute, University of Valencia. As well as holding an honorary fellowship at the University of Exeter, I am currently a Senior Research Fellow at the Institut für Geschichte der Medizin, Julius-Maximilians-Universität Würzburg working as Principal Investigator (Eigene Stelle) on the Project "Measuring the World by Degrees. Intensity in Early Modern Medicine and Natural Philosophy (1400-1650)" funded by the German Research Foundation (DFG - Project no: 461231785). In 2018 I founded the 'Centre for the Study of Medicine and the Body in the Renaissance' (CSMBR, http://csmbr.fondazionecomel.org/), an institute of advanced research in medical humanities and history of science. The CSMBR operates on a global scale and is affiliated with four international partners: the University of Exeter (UK), Yale University (US), the Julius-Maximilians-Universität Würzburg (Germany), and the Studio Firmano for the History of Medicine and Science (Italy). Along with Jonathan Barry, I am the co-editor of the series 'Palgrave Studies in Medieval and Early Modern Medicine' (PSMEMM: https://link.springer.com/series/16206), published by Springer Nature, which also runs in association with the CSMBR research activities and grants. As a junior instructor in Rome (2006-2012), I convened modules on ancient, medieval, and modern philosophy and culture, teaching to undergraduates, postgraduates and adult learners alike. Most recently, as an Adjunct Professor (Exeter, Bucharest, Wurzburg: 2018-2020), I have been teaching modules on Early Modern Italian Culture and Society, as well as on Aristotle and the Aristotelian Tradition, on Galen and early modern medicine, and on German Idealism (2019-2020). Currently (2018 to present), I lecture on Historical Foundations of Medical Theory and Practice ("Historisches Grundlagen ärztlichen Denkens und Handelns") at the Insitute for the History of Medicine at the University of Würzburg. Other than in the history and philosophy of science, I pursued a carrier as a musician and musicologist. I hold a degree in choral direction and my expertise encompasses areas such as composition, musicology, musical direction and palaeography. In my capacity as a musical director and musicologist, in 2014 I issued the world prémiere CD on the unpublished manuscripts by Gregorio Allegri (1582-1652) discovered at Palazzo Altemps in Rome: "Gregorio Allegri, Unpublished Works from the 'Collectio Altaemps’ ", Musica Flexanima Ensemble, TACTUS Records Italy.

I specialise in the Pre-Modern History of Science, Technology and Medicine of Science, especially 1300-1700. I have also a strong background in classics, particularly on the tradition of Aristotle's and Galen's works.

I am also a musician and musicologist with a good record of monographs and papers on early music. In fact, as Ensemble Director I have recently issued a CD on the unpublished manuscripts by Gregorio Allegri (1582-1652) discovered at Palazzo Altemps in Rome (Gregorio Allegri, Unpublished Works from the ‘Collectio Altaemps’, Musica Flexanima Ensemble, TACTUS Records Italy, 2014).

In 2018 Dr Fabrizio Bigotti has been appointed Director of the International Centre for the Study of Medicine and the Body in the Renaissance (CSMBR) Pisa for further details see http://csmbr.fondazionecomel.org.

In 2015 Dr Bigotti and Dr Jo Welsman started a series of Seminars called "The Laboratory of Santorio" amining at recreating Santorio's instruments for measurement in medicine.

Dr Bigotti is happy to consider requests for supervision in any aspect of early modern medical history as well as history of science and philosophy. For possible topics, please take a look to the section research interests.

For 2018 Fabrizio Bigotti is organising the International Summer School: The Kiln, the Alembic, and the Clockwork. Early Modern Representations of the Body and its Changing Matter, 8-10 August, Domus Comeliana in Pisa (here). For further details please contact csmbr@fondazionecomel.org or email directly to Dr Fabrizio Bigotti.

The Centre for Medical History is currently hosting a website and a blog on Dr Bigotti's project. The University of Exeter is also hosting a series of workshops on the theme "The Laboratory of Santorio" (Bigotti-Welsman 2015-2016) aiming at recreating Santorio's instruments for measurement in medicine and understanding the emergence of quantification in science.

(2018) Visiting Professor Fellowship - Institute for Research in the Humanities IHR-ICUB, University of Bucharest

Along with Dr Jo Welsman Dr Bigotti is involved in a series of media events on the life and scientific achievements of Santorio. For an introduction to such an activity please click on this introductory video. A website on the engaged aspect of the project is also available here.

I have also a degree in choral direction at the Pontifical Institute of Sacred Music (PIMS) and a wide range of expertise and publications encompassing areas such as composition, choral direction, musicology and musical palaeography.