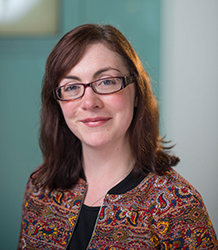 I'm a historian of Modern Britain and Ireland, with particular research and teaching interests in violence. My first book, Everyday Violence in the Irish Civil War (Cambridge University Press, 2014), examines the conflict (1922–23) over the Anglo-Irish Treaty. I'm also writing a history of arson in Ireland since c.1800, which traces the development of criminal fire setting as a social and political protest tool, and contextualises Ireland's apparent propensity for non-lethal property damage over other forms of (interpersonal) violence.

I've held the role of Admissions Officer for the History department since January 2020.

My research focuses on violence and conflict in nineteenth- and twentieth-century Britiain and Ireland. I study encounters not only between military/paramilitary forces, but also civilians, in times of war and of relative peace. I'm concerned with the (strategic, political, social, other) functions of aggression in various contexts, and placing Irish violence in comparative-international perspectives; I also focus on the human experience of harmful acts.

My first book, Everyday Violence in the Irish Civil War (Cambridge University Press, 2014), examines the conflict (1922–23) over the Anglo-Irish Treaty. I've developed further my understanding of gender and violence, in the context of internal war, by writing an article on gender-based violence in global perspective (Irish Historical Studies, vol. 44, no. 165 (2020), pp 75–90).

I'm also working with Cambridge University Press on a new book project. Arson in Ireland: Fire as Protest since 1800 will trace the development of criminal fire setting as a social and political protest tool, and contextualise Ireland's apparent propensity for non-lethal property damage over other forms of (interpersonal) violence. My research on usages of arson in pre-Famine rural Ireland was published in 2017, in Kyle Hughes and Donald M. MacRaild (eds.), Crime, violence, and the Irish in the nineteenth century (Liverpool University Press). In 2020, I received a BA-Leverhulme Small Reserach Grant, 'Exporting Arson: Incendiarism as Protest in the Global Irish Diaspora', to extend the reach of my work on fire and test out methodologies for writing its global history in the future.

I'm a core participant in the Leverhulme-funded research network, Understanding Insurgencies; our collective output, an Oxford Handbook, is forthcoming in 2023.

I am open to discussing research proposals on any relevant subject given my research expertise in Modern British and Irish History, and violence and civil war. I am especially happy to consider working with candidates with interests in nineteenth- and twentieth-century Ireland (especially the Revolutionary period, 1912-23).

I contribute to Widening Participation by teaching on the Exeter Progression programme and other events for school students and sixth-formers.

In 2019, I consulted for the 'Never Such Innocence' charity, contributing to their free educational resources on the Irish War of Independence.

I'm a member of the British Association of Irish Studies.

In print and online

Laura Lynott, 'Shot at for singing and forced 'shearing': toll paid by women during the Civil War', Independent.ie (4 Aug. 2020)

'HEAD TO HEAD: Why do the British know so little about Irish history?', History Today, Volume 69 Issue 1 (January 2019)

Gemma Clark, ‘Burn after reading: A short history of arson’, The Conversation, 4 Dec. 2014

Radio interview (3 May 2021) on the centenary of Partition: LBC News

I'm a Fellow of the Higher Education Academy and hold a Postgraduate Certificate in Academic Practice (University of Exeter).

Born and brought up in Manchester, I studied History as an undergraduate and postgraduate at the Queen's College, Oxford, from where I graduated with a DPhil in 2011. During 2012–2014, I held a postdoctoral research fellowship at the Global Irish Studies Centre, UNSW Australia (in Sydney). I started as Lecturer at Exeter in January 2015 and was promoted to Senior Lecturer in December 2019.