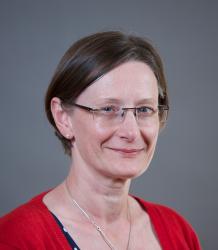 I research the religious, social and cultural history of early medieval Europe between c. 900 and c. 1200.  I am particularly interested in medieval liturgy and ritual, bishops, the delivery of pastoral care, penance, excommunication and heresy.

My research focuses on exploring the nature of the relationships between ecclesiastical institutions and rites and medieval society, especially in the years which divide the early from the high Middle Ages, c. 900 - 1100 AD.  My interests include:

AHRC 'Interpreting Our Medieval Past: A User's Guide to the Languages, Scripts and Records of Medieval Culture' (2013-14) (with Professor James Clark).   We worked with staff at the Universities of Exeter and Bristol and in five heritage organisations, including Exeter Cathedral Library and Archives, Wells Cathedral Library and Archives, the Bristol Record Office and the Devon Heritage Centre, to provide a training programme for medieval research students in both medieval research skills and their application in a public context.

ERC 'The Past in its Place: Histories of Memory in English and Welsh Locales' (2012-17).  I worked with colleagues in English, History, Historical Geography and Archaeology at the Universities of Chester and Exeter to explore the history of memory in a range of English and Welsh locales from the early medieval period down to the modern era.

HERA 'After Empire: Using and Not Using the Past in the Crisis of the Carolingian World, c. 900-c.1050' (2016-2019).  I worked with colleagues in Berlin, Vienna, St Andrews and Barcelona to explore how people in different regions of Europe reacted to the changing political landscape of the tenth century by looking at the ways they chose to use and not use their shared past.  It took as its starting point the observation that the relatively meagre administrative
and legal structures of early medieval Europe meant that action in the present often drew authority and legitimacy from claims about the past.

Other research collaborations include membership of the following networks:

'Rethinking Reform 900-1150: Conceptualising Change in Medieval Religious Institutions' (with scholars from the Universities of Leeds, York, Ghent and Leuven)

'Formative Memory and Institutional Power: Western Society and the Church, 250-1150' (with scholars from Manchester, Oxford, Berlin and Tübingen)

I am happy to supervise research students interested in investigating the religious, social and cultural history of  medieval England and the mainland Europe, especially in the years roughly 800 to 1200 AD.

I am especially keen to supervise students on the following topics:

Arising from my involvement in the HERA After Empire project I led on and worked with the Historical Association to co-develop and deliver CPD for secondary school teachers tasked with teaching early medieval history, resulting in a workshop held in June 2018 to support teachers, many of whom have little experience of studying medieval history, with the requirements of the new GCSE curricula in England.

I worked with PhD students and various heritage organisations, included Exeter Cathedral Library and Archives and the Devon Heritage Centre to work together collaboratively to train students in research skills and public engagement as part of the AHRC Interpeting Our Medieval Past: A User's Guide to the Languages, Scripts and Records of Medieval Culture (2013-14).

I worked with St Fagan's National History Museum, Cardiff, as part of the AHRC International Research Network, 'Interpreting Medieval Liturgy c. 500-c.1500: Text and Performance' (2009-10); this included the staging of a medieval rite for the reconcilation of penitents in the medieval church at St Fagan's.  A film of this event is available on YouTube http://www.youtube.com/watch?v=5Z0LBlMMx1M

I am a Fellow of the Royal Historical Society.  I have been a member of the AHRC Peer Review College since 2014.

I was Honorary Treasurer of the Royal Historical Society (2015-19)

I was a member of the editorial board , finishing with a 3-year term as co-ordinating editor, of the journal Early Medieval Europe between 2004 and 2015.

Research informs my teaching at all levels, and I seek not just to expose students to research developments in specific areas, but to develop them as researchers in their own right.   From 2013-16 I was Associate Dean for Education in the College of Humanities.

My first degree was in history at Peterhouse, University of Cambridge . After spending some time out of academic life as an accountant, I returned to do an MA in Medieval History at King's College, London and went on to do a PhD there on 'The Practice of Penance, 900-1050' under Professors Janet L. Nelson and Anne Duggan.

I taught at Birkbeck, University of London, King's College, London, the Universities of Glasgow, Manchester and Southampton before being  appointed to a lectureship at the University of Exeter in 2000.  I held a British Academy Postdoctoral Fellowship from 1999-2002, first at Southampton, then at Exeter.  I have also held grants from the British Academy, the Arts and Humanities Research Council and HERA.