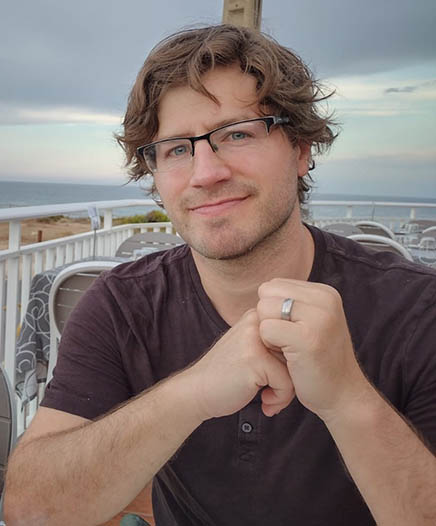 I am an American Studies scholar and historian of the United States. My work explores U.S. expansion, place promotion, and issues of race, climate, human-animal interactions, and environment, with a particular focus on the United States' tropical and semi-tropical frontiers - California, Florida, and Hawai'i. I am interested in interdisciplinary approaches to understanding the United States in both my research and teaching. At Exeter I teach into History and Liberal Arts and also act as the Director of Liberal Arts.

My first monograph,Tropic of Hopes: California, Florida, and the Selling of American Paradise, 1869-1929 (2013), was awarded the Florida Book Award Gold Medal in Florida Nonfiction. It also co-won the British Association of American Studies Arthur Miller Centre First Book Prize (2014). I have co-edited a published collection exploring the significance and legacies of the 1965 Selma march and Voting Rights Act. In August 2021, my monograph, California and Hawai'i Bound: U.S. Settler Colonialism and the Pacific West, 1848-1959, was published by the University of Nebraska Press, as part of a new series exploring Pacific Worlds. My current research projects include a history of human-reptile encounters in frontier Florida.

My research explores the contested cultural and political development of places, regions, and racial and environmental identities in the United States in the nineteenth and twentieth centuries. It highlights the pivotal roles settlement, tourism, and investment played in representations of American frontiers from Florida to California to Hawai‘i. It probes how discourses of race, gender, settler colonialism. and environment interacted in dynamic ways with economic and political transformations in shaping the United States’ often idealized sun-belt extremities.

I am author of an award-winning monograph on the historical promotion of California and Florida as American “paradises,” as well as several journal articles engaging issues of settler, tourist, and regional and environmental identities in the United States. I have been a funded researcher at the Huntington Library in Pasadena, California, and the University of Hawai‘i at Manoa. My second monograph, California and Hawai'i Bound: U.S. Settler Colonialism and the Pacific West, 1848-1959, was published in 2021 by the University of Nebraska Press as part of an exciting new series on Pacific Worlds.

I am a member of the British Association of American Studies.

I have supervised postgraduate research, both at MA and PHD level, in a wide range of topics in American History. Most recently, at Exeter, I supervised MA dissertations exploring race, memory, and politics in the postwar U.S. South and settler colonialism in colonial New England. With a background in American History and American Studies, I am open to discussing research proposals on any relevant subject given my research expertise. I am especially happy to consider working with candidates with interests in the following areas: U.S. regional and/or environmental history, U.S. expansion and settler colonialism, America and the Pacific, race and civil rights, and animal-environmental history.

I was the historical consultant and an on-screen contributor to the Channel 5 Documentary, "A Big History of America" (first aired October 2020). I have delivered numerous outreach talks at local schools and colleges as well as public engagement events. In November 2018, for example, I spoke  as part of an interdisciplinary group of Humanities scholars at a “Being Human” festival event at the Great North Museum in Newcastle-upon-Tyne. The event explored the theme of “The End of Nature?” I discussed human-alligator interactions as a crucial cultural and material factor in the history of Florida as an idealized and increasingly developed American wetland – which is the focus of a major new research project.

My first book won two prestigious awards, including a 2014 Gold Medal in the Florida Book Awards – for which I attended the award ceremony in Tallahassee and did a televised interview, giving the book wider coverage in the state press. More recently, I have written for the Conversation on U.S. investment and land acquisition in Hawai'i. I was the historical consultant for a recent Channel 5 documentary exploring key themes and issues in American History.

At Exeter, I teach into the first-year, team-taught Liberal Arts module, Being Human in the Modern World, and convene the second-year module, Thinktank. I also convene a second-year option in History on the history and mythology of the American West.

As a result of my undergraduate, postgraduate, and academic career, I am a strong and passionate advocate of the benefits of interdisciplinary and multidisciplinary teaching and learning for undergraduates in the Humanities. A key objective of a Humanities degree lies in developing the ability to critically and creatively engage, organise, and analyse a multiplicity of sources, competing pieces of evidence, and diverse ideas and identities: indeed, leading employers highlight these skills when citing the appeal of Humanities graduates. I challenge my students to develop these skills in my seminars and lectures.

During my time at Northumbria and at Exeter, students have nominated me for the award of “Best Lecturer” and/or “Best Supervisor” at the University – recognition that spurs me to continue developing my teaching practices.