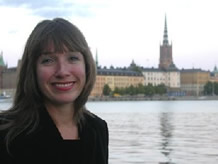 My research focuses primarily on the musical and literary culture of late medieval France. I have published extensively on the songs and lyric poetry of Guillaume de Machaut, the leading poet and composer of fourteenth-century France, the works of his immediate predecessors and younger contemporaries, and the books that transmit this repertory. I am especially interested in the artistic and political context from which these works derived, and in court culture in the late Middle Ages in general, especially how it is reflected in the arts in France and elsewhere. My recent research projects have included a study of citational practice in fourteenth-century French music and lyric poetry (funded by the AHRC); and an international collaboration to create a new edition of the complete literary and musical works of Machaut, with associated online resources and sound recordings (part funded by the Leverhulme Trust). Publications from these various projects have included a monograph, The Art of Grafted Song: Citation and Allusion in the Age of Machaut (Oxford University Press, 2013), and two co-edited volumes of essays entitled Citation, Intertextuality and Memory in the Middle Ages and Renaissance (Liverpool University Press, 2011 and 2013); several volumes of a new edition of the poetry and music of Machaut; and a variety of essays and book chapters. From 2015-18, I was recipient of a Leverhulme Trust Major Fellowship for an interdisciplinary project entitled Music in the Time of Jehan de Berry, and in 2019-20 I held a fellowship at the Netherlands Institute of Advanced Study for a project on the circulation of music and musicians in France, Aragon and the Lowlands ca.1400. From 2018-23, I am senior research collaborator on a new project entitled Performing Music and Poetry in Medieval Iberia led by Professor Anna Alberni (funded by the European Research Council). In 2020-21, I am visiting professor at the Universities of Rome, La Sapienza, and Florence, and at the Ecole Pratique des Hautes Etudes in Paris, developing a new interdisciplinary project with new international collaborators.

My research to date has focussed especially on French music and lyric poetry from the late thirteenth to the early fifteenth centuries and their cultural, social and political contexts. My publications have concerned music, musicians, and poet-composers active at the courts of the Valois, the Papal court in Avignon (c1320-c1420), and the courts of Aragon, Foix, and Holland, in particular Guillaume de Machaut and his successors. A collaborative research project with Professor Anne Stone (Graduate Centre, New York) led to the publication of our study of the famous Chantilly codex, one of the most important late medieval music sources, and a volume of essays on this source. From January 2007 to 2010, I was principal investigator for an AHRC-funded project on Citation and Allusion in the Late Medieval French Motet and Chanson (see http://humanities.exeter.ac.uk/history/research/centres/medieval/past/citation_and_allusion/), which led to a series of publications, including a major monograph entitled The Art of Grafted Song (OUP 2013), several essays, a PhD thesis, two volumes of essays on citation, intertextuality and memory in late medieval and Renaissance culture in general, and an online searchable database of approximately 1000 medieval French lyrics (see http://jechante.exeter.ac.uk/archive/). I was principal investigator on a major collaborative project on Guillaume de Machaut funded by The Leverhulme Trust (2010-2014), which is continuing its work to produce a new complete edition in 13 volumes of the poetry and music of this important figure (several volumes are already in print), and associated research on his output and on the Machaut manuscripts (see http://machaut.exeter.ac.uk/). As part of these two projects, I organised two interdisciplinary international workshops 'Citation in French medieval poetry' (2007) and 'Citation in Medieval Music' (2008), and two interdisciplinary conferences, 'Citation, Intertextuality, Memory: Text, Music and Image in the Middle Ages' (2009) and 'Guillaume de Machaut' (2013). The Machaut project also resulted in a collaboration with the Orlando Consort on a series of commerical sound recordings of  the complete polyphonic songs of Machaut from our new edition; 8CDs have been recorded to critical acclaim (see: http://www.orlandoconsort.com/Machaut_front_page.htm). I am continuing to research music and political society in late medieval France, building on a project entitled 'Music in the Time of Jehan de Berry' which was supported by a three-year Leverhulme Trust Major Research Fellowship from 2015-2018, and the manuscripts of Machaut. Another ongoing strand of research, which has been supported in part by the ERC and by the Netherlands Institute of Advanced Study, concerns the circulation and exchange of music and musicians in late medieval Europe, especially between France, Aragon, the Lowlands, and Italy.

With Professor Anne Stone (Graduate Centre, City University, New York) I collaborated on a detailed study of the Chantilly codex and its musical repertory, which was published with a full colour facsimile of the manuscript by Brepols in 2008. We also edited a volume of essays on this important source published in 2009.

Since 2010, I have been collaborating with an international team of experts in late medieval music, literature and art on a cross-disciplinary research project on medieval composer and poet Guillaume de Machaut (1300-1377), which includes work toward making a new edition of this literary and musical output of this figure. These collaborators include Professor R. Barton Palmer (Clemson University), Professor Anne Stone (Graduate Centre, City University, New York), Dr Jacques Boogaart (University of Amsterdam), Dr Domenic Leo (Youngstown University), Dr Uri Smilansky, Dr Tamsyn Rose-Steel, and Dr Tom Hinton. I am also undertaking collaborative research on Machaut with Professor Remco Sleiderink (University of Brussels), and on music and literature in Medieval Aragon with Professor Anna Alberni (University of Barcelona, Department of Catalan Studies).

The Machaut project has also involved collaboration with two early music ensembles, the celebrated Orlando Consort (http://www.orlandoconsort.com/) and Ensemble Le Basile. The project website features some purpose-made recordings by these two groups to illustrate our work and questions relating to the interpretation and editing of Machaut's music http://machaut.exeter.ac.uk/. We are also working with the Orlando Consort to produce a series of commercial recordings of the songs of Machaut (Hyperion), three of which have already been released to critical acclaim, and a further three are in production http://www.hyperion-records.co.uk/al.asp?al=CDA67727.

From 2018, I am a senior research collaborator on a new project on music and literature in Medieval Aragon led by Dr Anna Alberni, entitled Performing Music and Poetry in Medieval Iberia (funded by the European Research Council).

In 2020-21, I am working with colleagues in Italy (Rome, Florence), France (Paris), the Netherlands (Groningen) and the UK to develop a new interdisciplinary project applying new methods to the study of medieval music manuscripts.

I am open to discuss research proposals on any subject relating to medieval music or to the cultural and political context of music and the other arts especially in late medieval France. I am particularly interested to work with candidates with interests in medieval song, French lyric poetry (with and without music), the works and career of Guillaume de Machaut, the arts in Valois France, and in late medieval manuscripts.

To find out more about studying for a research degree with us, please see our Graduate School pages.

I am general editor, with R. Barton Palmer (Clemson University), of Guillaume de Machaut. Complete Works, a new complete edition with full English translations of the literary and musical works of Guillaume de Machaut. Published by TEAMS / METS and The Medieval Institute, Western Michigan Press, this aims to provide scholarly yet accessible and affordable editions of the works of this important medieval poet and composer to scholars, students, and musicians.

I have collaborated with early music ensembles on commercial recordings of medieval music, choosing repertory and providing editions and liner notes, including Gothic Voices ("The Unknown Lover", Avie, 2006), and most recently, the Orlando Consort (for a series of discs devoted to the songs of Guillaume de Machaut, Hyperion, 2013-).

I am a core member of the International Medieval Song Network (led by Ardis Butterfield and Helen Deeming and funded by the Leverhulme Trust).

I review submissions for various journals in musicology and French studies, and I have served as reviewer for grant applications for the AHRC, the Academy of Sciences of the Czech Republic, the Austrian Academy, The Leverhulme Trust, and the European Research Council.

I completed my BA in Music at the University of Exeter, and also undertook my doctoral research there on the language of fourteenth-century music, under the supervision of Professor Nicholas Sandon. I completed my PhD in 1991, while living in France, and the following year was temporary lecturer in the department of Music at Exeter, before moving to a post in the music department at University College Cork in Ireland. In 2002-3 I held a research fellowship at I Tatti, Harvard's Centre for Renaissance Studies in Florence, and in 2005 returned to the University of Exeter as full-time director of the Centre for Medieval Studies. In 2006, I was promoted to Reader and in 2012 to a personal chair. I joined the History department in 2009. I was awarded a large grant by the AHRC in 2007 for a three-year project on citation and allusion in fourteenth-century music and lyric poetry, and in 2010 I received a grant from The Leverhulme Trust for a three-year collaborative interdisciplinary project on Guillaume de Machaut and his works. In 2011, I received the Sarah J. Williams award from the International Machaut Society. From 2015-2018, I was recipient of a Major Research Fellowship from The Leverhulme Trust for a project on late medieval French music and society, and in 2019-20 I held a fellowship at the Netherlands Institute of Advanced Study. From 2018-23, I am a senior research collaborator on a project on music and literature in medieval Iberia led by Professor Anna Alberni at the University of Barcelona and funded by the ERC. In 2020-21, I am visiting professor at the universities of Rome, La Sapienza, Florence, and EPHE, Paris, supported by a Leverhulme Trust International Fellowship.