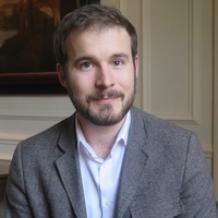 I am an historian of race and slavery in modern Britain, with particular interests in the contributions and perspectives of people of African descent and the intersection of race and class, from the mid-eighteenth to the mid-nineteenth century. I have published on black intellectuals, cultures of slavery and abolition, and early examples of racial populism in Britain.

My current book project, provisionally entitled ‘Slavery and the British Working Class: Race, Populism and Empire, 1787-1838’, looks at the relationship between the abolition debates and the emergence of working-class identities in Britain. This follows on from my first monograph, Beyond Slavery and Abolition, published in 2018 by Cambridge University Press. This book traces the lives and works of eight key intellectuals of the African diaspora whose works were first published in Britain.

In 2019, my book Beyond Slavery and Abolition: Black British Writing, c,1770-1830 was awarded the Royal Historical Society Whitfield Prize.

My research covers both the historic black presence in Britain and the role of race in society, especially in relation to transatlantic slavery and its abolition. Influenced by postcolonial theory, and seeking to emphasise the impact of Empire on British culture, it is most often located in the framework of the 'New Imperial History'. My first monograph, Beyond Slavery and Abolition, explores the contributions of eight key figures of the African diaspora to the fields of celebrity, evangelical religion, and political radicalism in Britain and the Atlantic world. This book argues that by decentring slavery and race in our account of Afro-British intellectual achievement during this period, we see that the traditional distinction between ‘black’ and ‘mainstream’ history is an artificial one. Eighteenth and nineteenth-century black British thought did not begin and end with the question of slavery; black intellectuals were also famous writers, spiritual leaders and subversive radicals. In many cases, such figures provided crucial links between national or local concerns such as religious education or parliamentary reform and the fundamentally transnational world of the revolutionary Atlantic. Beyond Slavery and Abolition therefore situates seemingly ‘domestic’ aspects of British history firmly within their global and intercultural contexts.

My current book project, ‘Slavery and the British Working Class: Race, Populism and Empire, 1787-1838’, is supported by a British Academy Postdoctoral Fellowship (2017-2020). This interdisciplinary project draws on literary analysis and postcolonial theory as well as archival research to examine the shifting and sometimes disturbing relationship between transatlantic slavery, conceptions of race and popular politics in Britain during the abolition debates. This project seeks to understand why so many working-class radicals came to embrace racial pseudoscience by 1833 through an examination of anti-abolitionist and pro-slavery discourses aimed specifically at working-class readerships and printed in periodicals, pamphlets and newspapers. Resituating the history of British popular radicalism within its imperial and global contexts, this project explores the origins of phenomena such as anti-immigration rhetoric, working-class backlashes against metropolitan elites, and racial populism, uncovering the deep roots of contemporary British political culture.

I am also in the planning stages of a major new global history of British abolitionism, provisionally entitled 'Unfinished Business: An Incomplete History of Britain's Global Struggle Against Slavery'. This book, under contract with Oxford University Press, will recast the long, globe-spanning history of British anti-slavery efforts through the lens of the movement's many compromises and partial successes. It is due to be published in 2032, in time for the 200th anniversary of the passing of the 1833 Abolition of Slavery Act.

While my research has primarily focused on the eighteenth and nineteenth centuries, my portfolio of teaching is chronologically broad and extends well into the twentieth century. I believe that the subject of race in Britain should be explored diachronically – not as isolated or aberrant, but as fundamental to the continuous evolution of national identity throughout modern British history.

I have been a Fellow of the Higher Education Academy since 2016.