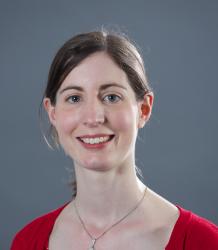 I am interested in the religious and cultural history of Europe in the late Middle Ages. My research to date has focused particularly on the history of magic and the church's attitude to magic.  This includes two books, Magic and Religion in Medieval England (2012) and Magic and Impotence in the Middle Ages (2006). Recently I have also co-edited, with Sophie Page, the Routledge History of Medieval Magic (2019).

I continue to be interested in medieval magic but I am now exploring two other areas in my research. Firstly I am working on a long-term project on attitudes and responses to infertility in the Midde Ages (thanks to a year of initial research funded by the Leverhulme Trust in 2011-12).  This builds on some of my other interests in the history of sex and marriage and the history of medicine.  I will be looking a medical texts but also at non-medical sources which discuss infertility, such as Bible commentaries, sermons and saints' lives, in order to trace the varying attitudes to childless couples and the responses available in the Middle Ages.

Secondly I am working on the records of the Roman Inquisition in Malta, which are held in the Cathedral Archive in Mdina, focusing particularly on what they can tell us about magic and medicine. With my colleague Prof Dionisius Agius (Institute of Arab and Islamic Studies) I am running a project on 'Popular Healing: Christian and Islamic Medical Practices and the Roman Inquisition in Early Modern Malta', funded by a British Academy/Leverhulme Small Grant. I also acted as co-investigator on Prof. Agius's earlier AHRC-funded project, 'Magic in Malta, 1605: Sellem bin al-Sheikh Mansur and the Roman Inquisition' (2014-18).

My research interests are in the medieval cultural and religious history.  Much of my research to date has focused on the history of magic and popular religion in the late Middle Ages. My book Magic and Religion in Medieval England, published in 2012 by Reaktion Books, focuses on the church's attitude to magic, which can be found in the confesssion and preaching manuals written by reforming churchmen from the thirteenth century onwards. I use these sources as a way of looking at how church reformers perceived popular religious practices (such as divination and healing), and how they decided which practices were legitimate and which were not.

Since completing the book I have continued to work on magic and the supernatural, co-editing the Routledge History of Medieval Magic with Sophie Page (published 2019) and writing chapters for several edited collections.

I have also been working on a project on 'Attitudes and Responses to Infertility in Medieval England'.  This will examine how people viewed infertility (What did they think caused it? Did they tend to blame the man or the woman?) and how they responded to it (Medicine? Prayer?).  This project brings together several of my research interests: in medieval religious culture, the history of medicine, and the history of sex and marriage.

I also co-organised a conference on 'Demons and Illness: Theory and Practice from Antiquity to the Early Modern Period' with Dr Siam Bhayro (Theology and Religion) in April 2013, and the proceedings of this were published in 2017.

I am also interested in confession and preaching manuals in their own right, and previously worked on a project funded by the British Academy's Neil Ker Memorial Fund to edit one short thirteenth-century manual, Sciendum Est Autem Sacerdotibus [Priests should know...], and to study the manuscripts in which it is found for evidence about the people who read and copied it.

Previous to these projects, my PhD research focused on late medieval writing on magic as a cause of sexual impotence (a topic which interested canon lawyers and theologians because of its implications for marriage law, and also medical writers).

April 2021: Christian and Islamic Magic and the Roman Inquisition in Malta: Case Studies and a Database Project, University of Amsterdam, Netherlands

July 2019: 'For both were old and Sarah's periods had ceased': Medieval Theologians and Infertile Bodies, International Medieval Congress, Leeds

January 2018: Gender and the Infertile Body in Medieval Medicine, conference on Gendered Histories of Healthcare in the Middle Ages, University of Cologne, Germany

I am happy to discuss research proposals in these areas.  If you are interested in working with me, please get in touch, sending a 500-word outline of your proposed research topic and a CV.

Christopher Wilson: The Dissemination of Vision Narratives of the Otherworld in Thirteenth-Century England (jointly supervised with Sarah Hamilton) (completed 2012)

I have given public talks in many places around Devon and Cornwall, including a local primary school, Exeter Cathedral, the Historical Association (Truro) and the Global Centre (Exeter). I am also honorary editor and a trustee for the Devon and Cornwall Record Society, a charity which publishes historical documents from Devon and Cornwall.

I have also taken part in public engagement events for the 'Magic in Malta 1605' project in the UK and Malta.

I have also written about my research for wider audiences, including articles for BBC History Magazine and 'Teaching History', the Historical Association's magazine for teachers.

I enjoy communicating my research to non-specialist audiences and have talked about a variety of medieval topics on BBC Radio 4 ('Making History' and 'The Today Programme') and BBC Radio Devon. Among the things I have talked about are medieval New Year superstitions, medieval popular religion, and approaches to the history of sexuality in the Middle Ages.

Most of the modules I teach are informed directly by my own research interests.  My third-year course on 'Magic in the Middle Ages' covers a field where the scholarship is developing rapidly, and I continue to tweak the content of the module to respond to new developments.  The courses I co-teach on 'Disease' and 'Sexualities' also reflect my interests in the history of medicine and of sex and marriage.  In all these courses I bring in documents and debates which I'm thinking about for my own research, and I also encourage students to explore their own interests.  It's really useful for me to read the primary sources with groups of enthusiastic and able students - they make me ask new questions and think harder even about familiar documents.

I have always been fascinated by history, especially medieval history. After growing up in Sussex I did a BA in History at University College London.  I moved to King's College London for an MA in Medieval History, before going back to UCL to do a PhD on 'Magic and Impotence in the Middle Ages', under the supervision of Professor David d'Avray. The book of my PhD thesis, also called Magic and Impotence in the Middle Ages, was published in 2006 and won the Folklore Society's Katharine Briggs Award 2006, given annually to a book on a folklore topic.

I came to Exeter in September 2007 and was promoted to Senior Lecturer in 2012 and Associate Professor in 2018.  Before 2007 I held a Junior Research Fellowship at Christ's College, Cambridge (2004-7), where I also taught medieval European history and the history of medicine; and I also spent a brief spell working for the University of London Careers Service.

Since coming to Exeter I have researched and taught on a wide range of topics relating to the history of magc, medicine, sex and marriage.