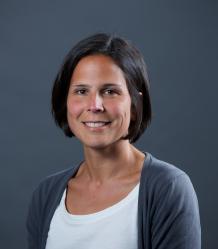 I am a historian of English religious cultures in the long Reformation, c. 1450-1700. I have particular interests in life-writing, beliefs associated with/theological perspectives on the supernatural (principally angels and ghosts), and the social history of theology. I am the author of Angels and Belief in England 1480-1700 (Pickering & Chatto, 2012), and I have also published on individual devotion (Historical Research, 2019) and ghost beliefs (Historical Journal, 2020), and co-edited Understanding Early Modern Primary Sources (Routledge, 2016).

I design and teach modules on Tudor and Stuart England; supernatural belief; and religion, politics and society c.1480-1700. I also contribute to survey modules on the medieval and early modern periods, on historical theory and skills, to our two core first year undergraduate modules on methodology and historiography, and to MA modules on critical approaches and early modern gender. I am member of the 'Decolonising History' group - if you are a member of the department and would like to get involved with this work then please do get in touch.

I am Co-Director of Exeter's Centre for Early Modern Studies. I am currently an elected member of Senate, representing the College of Humanities at the senior governing forum for academic staff at the university. I was the Humanities Inclusion Representative 2019-21, working with a number of different groups to nuture an inclusive and supportive environment at Exeter and to promote equality on campus for staff and students. I currently hold similar role at department level as the History 'Equality, Diversity and Inclusion' Officer.

Beyond university, I am a Fellow of the Royal Historical Society and the Higher Education Academy. I am a series editor for Liverpool University Press 'Studies in Medieval and Early Modern Belief and Culture' and I am a member of the Paper Trails editorial board for UCL Press. Paper Trails is a  BOOC - Books as Open Online Content - an innovative new open access platform that allows for multi-form contributions, including peer-reviewed articles, more adaptive object/document/item profiles, research stories, and reflections on practice.

Finally, I am one of four co-contributors to the many-headed monster, a collaborative research blog on all things early modern, and I tweet @_drsang.

My current research begins with the question: what is the best way to explore the cultural impact of the English Reformation on ordinary peoples' lives? I tackle this question by attending to the contents of the Bible, the text that was at the heart of protestant religious cultures and which was foundational to reformers’ attempts to educate the laity. To explore how scripture became enmeshed with protestant lives I focus on the biblical individuals the layperson encountered in the text and how, when and why they recalled them. My research connects to current debates in the fields of reformation and religious history about the ‘lived experience’ of religion, adding another vital element to our conception of what it meant to be protestant in this era.

In the past I have published on early modern life-writing, the diary and correspondence of the godly antiquarian Ralph Thoresby (1658-1725), and I am also an expert on theological and popular understandings of early modern angels and ghosts.

I co-author the many-headed monster blog alongside three historians from the universities of Birmingham, Birkbeck and Bristol. The monster publishes posts on early modern history as well as issues relating to the discipline and higher education more broadly.

I am member of the Paper Trails BOOC editorial board for UCL Press (Books as Open Online Content). This is an innovative new open access platform that allows for multi-form contributions, including peer-reviewed articles, more adaptive object/document/item profiles, research stories, and reflections on practice. It could be seen as a sort of flexible online journal.

I welcome enquiries from students working on asepcts of early modern English religious cultures and the social history of theology. This would include the following:

I am currently co-supervising:

Charles Waddicor, ‘Improvement and conflict in the land management by new landlords in Dorset, Somerset and Wiltshire after dissolution (1536-1640)'

I am also mentor to Nicholas Smolenski, a visiting postgraduate student from Duke University (U.S.). Nicholas is a musicologist and early modernist researching sound and its impact on culture and power.

Michelle Webb, 'As fowle a ladie as the smale pox could make her': facial disfigurement in sixteenth and seventeenth century England'.

I welcome opportunities to talk to new and non-specialist audiences about my research. I am always happy to give talks to local history groups, and at museums and libraries - for instance in the past I have spoken at Torquay museum, to volunteers at Wells Cathedral, to the Walronds History Group in Cullumpton, to Historical Association branches, at teacher training days in the south-west, to sixth form students, and even (via Skype) to students at a High School in New Jersey.

Sixteenth- and seventeenth-century topics that I have covered in the past vary widely, and include belief about angels, ghosts, Exeter's memorial to religous martyrs, print culture, riot and rebellions, puritan culture, and the English reformation and its repercussions in the seventeenth century. If you are interested in hearing more about my research, or about life in early modern England more generally, drop me a line.

I also try to reach new audiences through digital media, particularly through the blog that I co-author, the many-headed monster. On the blog I write about my research, teaching, the discipline and all aspects of academic life, and I also write guest posts, including for #FolkloreThursday. In the past I acted as a consultant to the 'Goat and Monkey' theatre company, undertaking research for the production 'A Little Neck': an immersive performance about Henry VIII and Anne Boleyn, staged at Hampton Court Palace, September 2009, and I am also a #twitterstorian @_drsang.

As an early modern historian of England, I design and teach modules on a period of study that is similar to our own, yet which in many ways is also strange and bizarre. Not quite modern, but certainly not medieval, the early modern is often seen as a transitional stage, a time of both continuity and change. My modules on supernatural beliefs, Tudor England and early modern societies encourage students to delve into this extraordinary world to learn about and try to understand earlier societies, and to uncover just what made people tick. Early modern sources are rich and diverse, and in my teaching I make the most of this variety, drawing on books, pamphlets, ballads, diaries, letters, law codes, court proceedings, state papers, plays, paintings, sculpture, woodcuts, music, furniture, maps and much more to bring these subjects to life.

At the heart of my teaching are three principles. First, I want students to think critically about why we study history, and what it’s place might be in human society. Why do people write histories, how do they choose what to write about, and why is history written and presented in certain ways at certain times? Is history powerful and perhaps even dangerous or irrelevant? Secondly, I want students to critically engage with how historians have studied history – both in the past and present. What sources have historians used, and how have they interpreted them? What have they argued about the past and are their arguments convincing in light of the evidence? In the process of trying to answer these questions, I hope that my students will become better historians, reflecting on what sources they should use, and how they should interpret them. As part of this process, I encourage students to think about and reflect on how they research and read, as well as how they write and analyse. Finally, I believe that history is exciting, engaging and entertaining, and I hope that my modules are too. I use music, podcasts, online resources, primary material, forums, and a dedicated twitter feed @_drsang to reveal history in all it’s glory, inviting students to engage with me and with the discipline of history outside of the classroom, and setting it free from the page.

After attending a state school I became the first generation in my family to go to university, graduating with a history degree in the early 2000s. I spent three years working outside of academia and then returned to complete an MA in early modern history, and continued on to doctoral level under the supervision of Professor Peter Marshall at the University of Warwick. I received my doctorate in 2009 and was subsequently awarded a six month Early Career Fellowship from the Institute of Advanced Studies at Warwick, held in conjunction with teaching duties. I became a Teaching Fellow at the University of Exeter in September 2010, and was appointed to a Lectureship in British History 1500-1700 in July 2012.