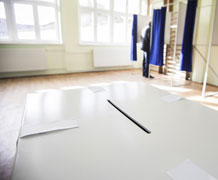 Labour must engage seriously with the rural community to win again, study by former MP and historian says

Labour must take rural politics seriously and actively campaign in the countryside in order to win power again, a study by a historian and a former MP says.

In recent years the party has taken little interest in rural affairs, despite the fact in the 2019 election the path to a parliamentary majority was via non-urban seats, they argue. Almost one in four of the party’s target seats in England and Wales had a significant rural dimension.

Labour needs to make a “substantial effort to reimagine itself as a party of both the rural and the urban”, Dr David Drew, former MP for Stroud and Dr Richard Jobson from the University of Exeter say. This includes supporting voluntary-run shops, developing local initiatives like community-run transport and campaigning for public services in towns and villages and tackling rural poverty.

The research, published in the journal Renewal, says the record of the first years of the Blair governments should be used as a positive example – and to learn lessons – as to how Labour can now better engage with rural issues.

Dr Drew, elected four times in Stroud, a marginal rural seat, between 1997 and 2019, said: “Vast swathes of rural policy will be up for grabs in post-Brexit Britain. The Government’s approach to rural issues will have a significant impact on critical areas like trade policy, food security and environmental policy. Rural policy will be central to tackling problems of deprivation and inequality, both of which are likely to deepen after Brexit. If Labour is serious about meeting these challenges, it needs to be serious about the countryside.

“This is about coming up with policies which can help to alleviate the economic inequality which has forced some lower-income rural households to move to urban areas, because of a lack of housing, a shortage of decent jobs, and a breakdown in family support systems.”

Dr Drew and Dr Jobson believe the impact of more rural MPs after 1997, the establishment of the Countryside Agency, the 2001 Foot and Mouth Disease outbreak, the hunting ban and Countryside Alliance mobilisations against the government all provide lessons that can be used to guide future policy.

Their study says the focus on traditional urban heartlands in order to retain existing seats after 2005 meant the party “lost its way” on rural affairs and the goodwill that had been generated by the activities of Labour backbenchers in rural communities soon dissipated as a result.

The rural content of Labour’s 2017 election manifesto was “neither as original nor as extensive as many believed at the time”, yet the party gained some seats in rural areas. The attention of rural MPs was then diverted by Brexit and environment-related matters in their constituencies. Specific rural-focused parliamentary business was largely left to the House of Lords, which published two heavily critical reports on the government’s lack of interest in rural areas and the absence of any strategy to overcome the deep-seated problems that rural locations faced. Yet Labour failed to use this political ammunition in any tangible way.

Dr Jobson said: “Despite the party’s limited engagement with rural politics, there have been occasions, most notably after the electoral landslides of 1945 and 1997, when Labour has managed to break out of its urban heartlands and gain the support of a significant proportion of rural voters. But this has tended to be the product of ‘a rising tide raising all boats’ rather than a concerted attempt to target rural seats.

“A significant opportunity now exists for Labour to adopt a social democratic approach to rural affairs that draws lessons from, builds on and enhances aspects of Labour’s post-1997 legacy in rural areas. This could include a commitment to targeting rural inequality and poverty; a belief in the need to ensure greater equality of opportunity and access in rural areas; an aim to encourage a spirit of mutualism and cooperation in rural communities; and a desire to redistribute power towards local rural populations.”