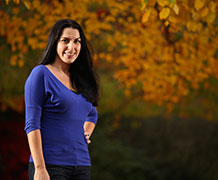 Two University of Exeter experts have been nominated for the UK’s most prestigious history writing award.

Professor Orme’s book, Going to Church in Medieval England, describes parish churches and their role in Medieval communities, demonstrating the presence of religion at every point in a human life, from birth to coming of age, from marriage to death.

Professor Stavrakopoulou’s book, God: An Anatomy, is an in-depth exploration of the concept of God, using an examination of God’s physicality to shed new light on the development of monotheistic religions – and Western culture more broadly.

Judges said Going to Church in Medieval England, was “An engaging and often moving account of how religious life was woven into people’s everyday experiences from Anglo-Saxon times to the Reformation. A sparkling book”’. They said God: An Anatomy, was: “Original and courageous. This ambitious yet readable discussion of the physicality of God enhances our understanding of the history of monotheistic religions and Western culture”.

Professor Stavrakopoulou said: “I’m absolutely thrilled to be shortlisted for the Wolfson History Prize - it’s a huge honour and a wonderful surprise. I really enjoyed working on this book, and I’m delighted that the judges have found it worthy of the shortlist.”

Professor Orme said: “I started work on the book in 1962 when I was 21 and finished it in 2020, 58 years later, so it's been truly a life's work. I also wrote it to show that I am not just a historian of Devon and Cornwall, but can do the rest of England as well!”

Chair of the judges, David Cannadine, commented: “This year’s Wolfson History Prize shortlist once again showcases the diversity and vigour of history writing in the UK. The judges were impressed by the variety, originality, and quality of research demonstrated by the six shortlisted books. As well as being engaging reads, they are all highly deserving of a place in the eminent roll call of authors celebrated by the prize over the past fifty years.”

Paul Ramsbottom, Chief Executive of the Wolfson Foundation, which awards the prize, said of the shortlist: “We are delighted to announce the shortlist for the Wolfson History Prize 2022, reflecting the very best historical writing in the UK today. This year marks fifty years of the Wolfson History Prize and its mission – to champion the importance of high-quality, accessible history writing – is as critical now as it has ever been. This past year has revealed much about how history can be valued, contested and re-evaluated. It has also revealed why it is vital for us to engage carefully and thoughtfully with the experiences of those who came before us: a reminder of the importance of history to our lives.

“Whether or not you agree with their arguments, these six books will inspire and provoke. They offer the opportunity to learn more about what mattered to previous societies and to reflect on the significance of the past to current concerns and debates. The books shortlisted this year demonstrate that turbulent times are nothing new and show how different societies have dealt with such challenges.”

The winner of the Wolfson History Prize 2022 will be announced on Wednesday 22 June 2022 in a ceremony at the Wallace Collection in London. To mark the 50th anniversary of the prize, the total fund has been increased to £75,000, with the winner being awarded £50,000 and each of the shortlisted authors receiving £5,000.

The Wolfson History Prize 2022 shortlisted authors will discuss their books and historical writing in a special edition of BBC Radio 3’s Free Thinking in June, with details to follow at a later date.

Prize alumni will also join historians in conversation at a Wolfson History Prize anniversary event at Hay Festival on Wednesday 1 June at 7pm.

The Wolfson History Prize is run and awarded by the Wolfson Foundation, an independent charity that awards grants in the fields of science, health, heritage, humanities & the arts.