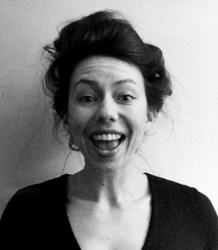 My research interests centre on the intellectual and cultural history of early modern Britain and Europe, especially the reception of the classics, and print culture more widely.  I am currently working on projects exploring the classical book trade in early modern Europe, as well as projects examining the points at which print and the performance of drama and song intersect.

I am co-Director of Exeter's Centre for Early Modern Studies and a member of the Centre for Classical Reception. My major individual research project, 'Ancient Histories in the Early Modern World', has been partly funded by the Loeb Classical Library Foundation, and I am currently working on a monograph about the production, dissemination, and consumption of ancient history in early modern England, firmly situated in its trans-national context. I also hold a British Academy grant for a project entitled, 'Translating the Ancient World', focusing on the translation of classical histories in early modern Europe.

With colleagues in Geneva, as part of a research exchange project between early modern specialists at both universities, I am currently working towards an exploration of several German adaptations of Shakespeare plays, dating from the early-seventeenth century; we have staged readings planned in the UK and Switzerland for 2021-2, as well as work with Shakespeare's Globe.  This complements ongoing projects with colleagues in Newcastle, UEA, and London which focus on previously unperformed drama and popular song, including the recording of a corpus of street songs from the eighteenth and nineteenth centuries.

Together with Helena Taylor (Modern Languages), I'm also leading a project entitled ''Before Invisibility': Classical Meets Vernacular in Early Modern Translation Studies', working with colleagues at KU Leuven to explore the differences between classical and vernacular translations in the sixteenth to eighteenth centuries.

I am happy to discuss research proposals from students interested in studying aspects of classical reception in the early modern period, from those who are interested in the business of publishing books in early modern England, and those working on interdisciplinary, creative projects.  Further information about postgraduate study at Exeter is available here: http://www.exeter.ac.uk/postgraduate/  and if you are considering a PhD at Exeter and are thinking about applying for AHRC funding, there is useful information here: http://www.sww-ahdtp.ac.uk/   Details about our Centre for Early Modern Studies may be found here: http://humanities.exeter.ac.uk/history/research/centres/earlymodern/

I am currently co-supervising the following PhD students:

Recently completed PhDs I have co-supervised:

With Emma Whipday (Newcastle) and Dana Kovarik (UCL), I am working on a practice-based project using three little-known plays of the later sixteenth century.  These are: Thomas Ingeland's The Disobedient Child (1570), the anonymous Tom Tyler and His Wife (1661, but performed a century earlier), and a play from the 1590s referred to in Henslowe's diary as 'A tragedie called Merrie'.  Based on a real murder, the plot is also found in Robert Yarington’s composite narrative, Two Lamentable Tragedies (1601), from which our text has been excerpted.

Our project explores both the texts and the world of the early modern stage more broadly.  We are interested in understanding how early modern rehearsal practices assist and challenge modern actors in performing character, and thus how they might help us to understand the gaps between early modern theatre, and theatre today.  We are also keen to explore the relationships between history and literature, tragedy and comedy, and the domestic and the communal, and to discover what practice as – and as a complement to – research, can teach us about early modern drama, culture, and society, and the lived experience of sixteenth-century actors and spectators.

We staged 'The Tragedy of Thomas Merry' in London, in 2014, in partnership with independent professional actors and members of Reverend Productions (http://www.reverendproductions.com/).  Our blog can be found here:  https://twolamentabletragedies.wordpress.com/  Using original practices – including actors’ parts, a brief rehearsal period, and a ‘bookkeeper’ – we explored how these methods illuminate spatial dynamics and character development for both actors and audience, and an article discussing our findings appeared in a Special Issue of Shakespeare Bulletin.  Our 2017 staged reading of Tom Tyler was reviewed in Early Modern Women, and an article about our 2019 staged reading of The Disobedient Child appeared in the journal Shakespeare.

I am also engaged in a collaborative project based on an exploration of popular song in the longer early modern period and eighteenth century, with my brother, Oskar Cox Jensen (UEA).  To date, the group of musicians we work with has focused  on songs exploring the experience of the Peninsular and Napoleonic Wars, with a series of performances in 2015, to mark the 200th anniversary of the Battle of Waterloo, and examples of some of our early recordings can be found here: http://songsofwaterloo.com/   Future work, with a range of creative partners, will look more widely at ballads and the role of the ballad singer in the period 1450-1850.

I have been awarded grants from the Catalyst project, the University's Research and Knowledge Transfer fund, and the British Academy, for numerous Public Engagement activities, and for a series of Public Engagement training workshops for early career scholars.

Our Public Engagement events have included public performances of plays in London, Cullompton, and Newcastle, a TedX talk at Goodenough College, London, and a series of public workshops.  These range from creative response workshops with practitioners in the performing and visual arts, to weekend and evening workshops for anybody interested, and a Year 10 Focus Day, involving 200 students from Highworth Grammar School in Kent.

The Popular Song project used the 200th anniversary of the Battle of Waterloo in 2015 to engage members of the public through music, and we are working with partners including the British Museum, English Heritage, The National Portrait Gallery, Dove Cottage Wordsworth Museum, The Royal Logistics Corp, The Army & Navy Club, and several schools and community groups in Devon.  A wider variety of early modern popular songs has also been shared with various publics at the Aaland Island Shanty Festival, the English Folk Dance and Song Society, and the Clifford Association at Ugbrooke House in Devon.

With Prof. James Clark, Prof. Henry French, and Dr Laura Sangha, I have worked in partnership with Wells Cathedral Library and its volunteers, to explore how we might develop their visitor experience.  I have also set up a relationship between Exeter and The Cullompton Walronds Trust, Devon, to deliver for the local community a series of events and activities based on early modern history and literature.  The ongoing History Group talks continue to be a great success; we have contributed to an early modern 'fair'; and a range of drama workshops with members of local amateur dramatic societies has so far led to the staging of one 'lost' Tudor play in the Hall of The Walronds itself.

I am a member of the AHRC Peer Review College, and a peer reviewer for the Irish Research Council, and I act as an External Examiner for Cardiff University's taught History degrees.  I am history reviews editor for the Journal for Eighteenth Century Studies, and a trustee of the Kent Kingdon Trust: https://rammuseum.org.uk/collections/collectors/kent-kingdon/kent-kingdon-bequest/

I teach a variety of modules on early modern history, as well as more general modules, and courses addressing the theory and practice of history.  I am a Fellow of the Higher Education Academy, holding a Postgraduate Diploma in Learning and Teaching in Higher Education from the University of Oxford.

I read Ancient and Modern History at Christ Church, Oxford, before going on to complete my MSt and DPhil there.  After a year spent as a Stipendiary Lecturer at Merton College, Oxford, I returned to Christ Church in 2010 to take up a Junior Research Fellowship, before joining the University of Exeter in 2012.