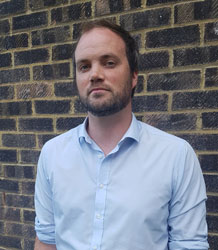 Lecturer in Naval and Maritime History

I am a historian of Britain and its maritime world, focusing on the Royal Navy in the seventeenth, eighteenth and early nineteenth centuries. My research and teaching look beyond the traditional remit of maritime history to analyse the political, economic, social and cultural forces which created the navy, and which were in turn shaped by its activities. My 2015 book, In Nelson’s Wake: The Navy and the Napoleonic Wars was published by Yale University Press and placed the Royal Navy’s actions in these broader contexts. I have co-edited two books - A New Naval History and The Maritime World of Early-Modern Britain that explore the ways in which maritime and naval history can engage with wider historical scholarship.

I am also the Director of Postgraduate Research for the History Department at the University of Exeter.

In 2020-21 I was the Kemble Fellow in Maritime History at the Huntington Library in California, US, where I worked on my current research project about the Royal Navy and the ‘Age of Revolution’.

I am a member of the University of Exeter’s Centre for Maritime Historical Studies and tweet at @drjamesdavey. Prior to working at Exeter I was a curator at the National Maritime Museum.

I use the history of the Royal Navy to engage with broader historiographies, and I am committed to exploring the different ways naval and maritime history can be conceived. My research falls under these main headings:

Radicalism, revolution and the maritime world

My current book project investigates the relationship between naval sailors and the 'Age of Revolution'. Contracted to Yale University Press, this book will argue that sailors were important political actors: they were conscious of wider social and cultural change, and had agency in the events of the day. This project also considers the response of the British state – through the guise of the Admiralty and other naval administrative bodies – to potential subversion in the navy’s ranks, and places their actions in the wider context of state oppression in the era.

The practice of naval and maritime history

I am currently researching an article that considers the first works of naval history produced in England in the early 1700s. I am also co-editing two volumes of essays that highlight new approaches and perspectives on naval and maritime history. The first, entitled A New Naval History and co-edited with Quintin Colville, was published by Manchester University Press in 2019. The second, entitled The Maritime World of Early-Modern Britain and co-edited with Richard Blakemore, was published by Amsterdam University Press in 2020.

My research uses visual and material culture to explore ideas of representation and identity. I have published on eighteenth-century naval balladry and material consumption more broadly, considering how people from across the social spectrum thought about the navy and naval service. I have also co-written a popular book on naval caricature in the second half of the eighteenth century which showcases the work of satirists such as James Gillray and Thomas Rowlandson.

The development of the British state

This was the main focus of my PhD thesis and subsequent monograph. I am interested in how the increase in size and capability of the Royal Navy influenced the development of government bureaucracies and led to an increase in centralised administration. My work has also explored how ideas of professionalism and meritocracy were inculcated within the British state, and the emergence of a ‘contractor economy’ in the eighteenth century.

The maritime history of the Baltic region

Much of my early research concerned Britain’s economic and diplomatic relationship with the nations surrounding the Baltic Sea. Throughout the eighteenth century, Britain was reliant on the resources and trade of the Baltic region, which prompted numerous strategic challenges. I have published chapters and articles exploring Britain’s numerous economic and naval interventions into the Baltic region, placing this issue in the wider context of European diplomacy in the long eighteenth-century. In November 2015 I was awarded the Jan Glete Prize for Maritime History for my work in this area.

I have successfully secured funding for four PhD projects via the AHRC Collaborative Doctoral Scheme, and am keen to develop further research collaborations.

I welcome enquiries from students working on aspects of British naval and maritime history. I would be particularly keen to supervise students in the following areas:

Individuals interested in discussing a potential PhD topic should email me a 500 word outline of their proposed research topic and a copy of their CV.

I have successfully secured funding for two other PhD projects via the AHRC Collaborative Doctoral Scheme and am keen to develop similar collaborations at the University of Exeter.

I ensure that my work is disseminated to the widest possible audiences, whether though exhibitions, lectures, media appearances and popular books. My background in museums has shown me first-hand how academic research can be shared in popular formats to engage new audiences. I have been involved in outreach work with people of different social backgrounds, families, schools and adult-learners, as well as co-curation work.

Specific projects I have worked on include:

I continue to be involved with projects at the National Maritime Museum, and I am keen to develop new opportunities for public engagement with other cultural heritage centres.

I have served on the Council of the Society for Nautical Research since 2011, and joined its Publications Committee in 2014. I was a Council member of Navy Records Society between 2014 and 2018. In 2019 I joined the Council of the British Commission for Maritime History. I am also joint-editor of the Journal for Maritime Research and from 2017 I have been a panellist on two awards recommended by the Institute of Historical Research: the Alan Pearsall Fellowship in Naval and Maritime History and the Sir Julian Corbett Prize.

I teach and convene modules on Britain’s naval and maritime history, as well as contributing to core modules. In 2019-20 I was shortlisted for the College of Humanities ‘College Star’ teaching award.