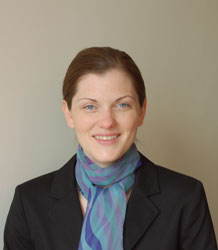 Camille Mathieu received her doctorate from the University of California, Berkeley in 2014. Before coming to Exeter, Camille held visiting professorships and lectureships at UC Berkeley, the University of Oxford, and the University of Manchester.   Her research has been supported by numerous fellowships, including Loeb Fellowship, sponsored by the Zentralinstitut für Kunstgeschichte, Munich, and Harvard University (2017), the Cox-Kress Fellowship at the American Academy in Rome (2011-2013) and the Metropolitan Museum of Art Rousseau Fellowship (2010-2011).  In 2019, she was awarded an AHRC Kluge Center Fellowship at the Library of Congress in Washington, DC.

Camille teaches and researches the art, architecture, archaeology, and urbanism of France and its colonies from the eighteenth through the early twentieth century.  She would be interested in supervising students who are also interested in the complex political and social framework presented by eighteenth and nineteenth-century art.  A specialist of Napoleonic painting, including the early work of Ingres and Géricault, she is currently preparing a book which takes as its subject the creation, spoliation, circulation of art between Rome and Paris and its implications for both history painting and empire-building from 1794 to 1817.  Her next project addresses the visual history of urban and argicultural economies of speculation in Louisiana from 1690 to 1800 as they relate to France's colonial ambitions for expoliting the territory's resources.

Office Hours change every term.  I am also available by appointment; please email me to secure a time slot.

My research primarily engages with the art of France and its colonies in the eighteenth and nineteenth centuries, with a special interest in the materialities of imperialism and urbanism. My current book project, Revolutionary Appropriations, addresses the impact of the Revolutionary and Napoleonic Wars (1794-1815) on the Nachleben of Antique art in the contemporary art production of French artists in both Rome and Paris. Specifically, I investigate the ways in which the Napoleonic seizures of Antique art in Rome, as well as the excavations undertaken there, serve as evidence of -- and provided a theorectical justification for-- a particular model of empire imagined by the French in a period during which they began divest themselves of their colonies. Artists whom I focus on include Ingres and Géricault, as well as sculptors like David d’Angers and architects like Menager.

My next book project focuses on the relationship between the speculative economy backing France's exploitation of the Lousiana Territory and the speculative geography of French Lousiana as it is represented in maps, prints, and paintings in the early years of the European race to control America and its resources (1690-1800).
.

Other research interests include primitivism as it functions in early twentieth century art; the representation of imperial archaeology in the nineteenth century from Assyria to Angkor Wat; and drawing theory.  I have done extensive research on Picasso throughout my career, first at MoMA (2005), then the Frick Collection (2011), and most recently at LACMA (2017); I have published essays on drawing as manifestation of progress and process (2013).

I would welcome research proposals by students that deal with the art, architecture, archaeology, and urbanism of France and its colonies from the eighteenth through the early twentieth century. I would specifically encourage students working on drawing, questions of materiality, authenticity, and primitivism to contact me.

Camille received her BA from Williams College in History of Art, an MA from NYU’s Institute of Fine Arts, and a Ph.D. from the University of California, Berkeley.  Before coming to Exeter, Camille worked extensively in museums worldwide, including the Corcoran Gallery of Art, the MoMA, the Musée d’Orsay, the Frick Collection, and most recently, the National Gallery of Art in Washington DC.  She is fluent in French and Italian.