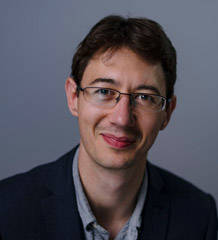 I am an historian of crime, justice and punishment in Britain, c.1700-1900, with a particular interest in digital approaches to the subject.

Since completing a Ph.D. in 2011, I worked as a post-doc researcher two major projects:

My first monograph, Print Culture, Crime and Justice in Eighteenth-Century London, was published with Bloomsbury in 2014, and I recently edited A Global History of Execution and the Criminal Corpse.

I run modules on crime history and Digital Humanities, covene the second-year module HIH2002 Uses of the Past, and contribute to the teaching of modules on historical research skills, public history and early modern history.

I am particularly interested in how digital technologies can enhance public engagement with, and the impact of, academic research into crime history.

In general, I research crime, justice and punishment in Britain, c.1700-1900. I am particularly interested in digitial approaches to the subject.

Specifically, I have investigated:

I have also been involved in the development of several major digital history projects, including:

My current research focuses on how the "character" of offenders was defined and recorded in nineteenth-century England, and what impact an offender's perceived character had upon their treatment within the criminal justice system.

I have previously received funding from the following sources:

I am currently working with scholars from Leiden University to develop a future research project on street patterns and crime patterns in nineteenth-century English and Dutch cities.

I am currently working with the South West Police Heritage Trust to develop funding bids for projects based on the Historic Collections of the Devon and Cornwall Constabulary.

I welcome enquiries from anyone interested in the following areas:

I welcome opportunities to engage with non-academic audiences, and would be happy to discuss possibilities in this area, including talks and collaborations with local history groups, museums and archives.

I am particularly interest in how digital technologies can enhance public engagement with, and the impact of, crime history.

I have previously been involved in a number of public engagement and impact activities, for example:

I am currently working with the South West Police Heritage Trust to develop funding bids for collaborative projects using the Historic Collections of the Devon and Cornwall Constabulary.

I am/have been a member of the following networks and associations:

I have been a peer reviewer for the following journals and publishers:

I have been particularly active in promoting awareness of the issues faced by, and improving the support provided for, Early Career Researchers (ECRs, aka "Postdocs") within the Arts and Humanities. ECRs make an important, but often overlooked, contribution to research environments. This included co-developing a series of events on the theme of Tuning in to the Value of Research Staff.

I have over ten years' experience of designing and teaching history modules at university level. This has included modules on:

I am passionate about student-centred teaching and am committed to making learning as interactive, engaging and fulfilling as possible.

My aim is to provide students with the skills and encouragement to enable them to learn for themselves, both in their degree and their subsequent careers.

In terms of digital history skills in particular, I want students to do three key things:

I was born and raised in Hull, and went on to study for a BA and MA in History at the University of Sheffield, where I also completed a Ph.D. in History in 2011, supervised by Professor Robert Shoemaker.

I subsequently worked as a research associate on two major, collaborative projects. First, from 2011-2013, the Harnessing the Power of the Criminal Corpse project at the University of Leicester (funded by the Wellcome Trust). And secondly, from 2013 to August 2017, the Digital Panopticon project (funded by the AHRC).

In September 2017 I was appointed to a Lectureship in Digital History at the University of Exeter.