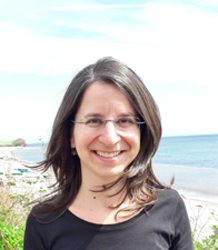 Lecturer in History of the Americas pre 1860

I  am a historian of Latin America with research interests in colonisation, borderlands, law, race and ethnicity. I am currently working on imperial rivalry in frontiers zones and indigenous polities and networks in the Brazilian Amazon and the Guianas. I have also researched free people of African descent in early modern Spanish America.

My current project studies peace-making as a door on to cultural exchanges and negotiation of power between Indigenous peoples, Africans and several competing European colonial powers in the Guianas and Brazilian Amazon. Initial archival research in Portugal for this project has been funded by the Leverhulme Trust SAS (2016-2017), and further research has been facilitated by a Research Fellowship at the Max Planck Institute for European Legal History in Frankfurt, Germany (October-December 2019). I work with archival sources written in French, Portuguese, English, Spanish, Italian and Latin, and draw on linguistic, archaeological and anthropologica research. I am now developing a book project on indigenous autonomous polities within a territory that was coveted by the French and Portuguese between 1600-1800.

A parallel research interest is race, trade and law in the Spanish Empire through the specific case of free people of colour in Panama City, on which I wrote my PhD thesis. It analysed a lengthy trade lawsuit between Europeans and African descendants in the context of the Bourbon Reforms. My work challenged historiographic understandings of race in Spanish America by showing that Panama’s free African descendants shaped the empire’s eighteenth century racial policies through their notarial petitions; that blood-based arguments used to exclude people of colour from trade had their origins in economic motives originated by the Bourbon reforms; and that the elite of colour employed a combination of individual and collective mechanisms for upward socio-economic mobility.

I am willing to supervise research students working on most aspects of early modern and nineteenth century Latin America and the Caribbean, particularly on early modern empires, colonial societies, colonisation and borderlands; indigenous histories and ethnohistory; exploration and early encounters; resistance to slavery and free people of African origin and descent.

I have been external examiner of PhD thesis on early modern Latin American History at the Universitat de Barcelona.

PhD External Examiner for the University of Barcelona.

I am a fellow of the HEA and I was nominated by my students for the “Best Teacher/ Academic” in the Student Guild teaching awards (2018-2019).

I have a Licenciatura in History and a D.E.A. in Latin American History from the Universitat de Barcelona, and a PhD in History from Newcastle University funded by the AHRC and supervised by Prof. Diana Paton (awarded 2011). After completing my PhD I was a Teaching Fellow in Spanish, Portuguese and Latin American Studies in the School of Modern Languages at Newcastle University (2011-2012), and taught part-time History and Spanish at the Universities of Newcastle and Durham (2012-2013). I moved to Scotland as a Research Fellow in a project on the Brazilian Amazon led by Prof. Mark Harris in the Department of Social Anthropology at the University of St Andrews (2013-2015). After a spell working outside academia, I was awarded a Leverhulme Trust SAS to spend a year researching in Lisbon (2016-2017). I joined the University of Exeter in August 2017.