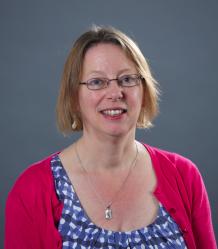 My main area of research is in the history of the body, with particular interests in gender, sex, sexuality, ageing, body size, shape and management, health and medicine in early modern England. I have published articles on both fat and thin bodies and reproduction as well as on various issues to do with child rape and sexual abuse.

I am currently finishing writing a book on 'Children and sex in early modern England: knowledge, consent, abuse c.1550-1750' generously funded by a Leverhulme Major Research Fellowship; earlier work on this project was funded by a British Academy Small Research Grant. I am aso working on editing two collections of essays, one on early modern bodies and another on beauty.

I am currently supervising doctoral theses on a number of topics including: obese bodies in early modern England; human ingredients in early modern medicine; the body, medicine and sex in early modern India; the material culture of female health and exercise, c.1870-1914; and commodification in eighteenth-century England. I welcome thesis proposals for research projects on a wide variety of topics relating to my research interests.

My main research interests are to do with issues relating to the body, sex and sexuality, gender, health and medicine. I am currently researching body size, shape and body management (fat/thin bodies) and health; ageing, sex and health; and sexual practice and health.  My primary area of research at the moment is to do with children and sex in early modern England.

Current Projects I am currently finishing writing a monograph (the research for which was funded by the Leverhulme Trust) on Children and sex in early modern England: knowledge, consent, abuse c.1550-1750.  This builds on an earlier research project on Bodies, sex and health in early modern England which was supported by a British Academy Small Research Grant.  I am also working on two edited collections, one on early modern bodies for Routledge and the other on A Cultural History of Beauty in the Early Modern World for Bloomsbury.

'They "know as much at Thirteen as if they had been Mid-wives of twenty years standing": excluding girls from sexual knowledge', Warwick University, 2017.

‘Women that be leane & slender do not conceaue’: thin bodies and infertility in early modern England', Infertility in Science and History Conference, Edinburgh, July 2013

'Puberty in early modern England' at European Association for the History of Medicine and Health, Utrecht September 2011

I am very happy to discuss research proposals on any subject relating to my research expertise and interests. I am especially happy to consider working with candidates with interests in the following areas of early modern history:

I have also supervised - and continue to do so - theses to do with the above topics for the nineteenth century.

Amy Wilson, 'A Tasteful and Comfortable Pregnancy: Women of the Social Elite, Dressing the Maternal Body 1680-1830'

Sonia Wigh, 'The Body of Words: A Social History of Sex and the Body in Early Modern India' (2021)

Michelle Webb, ‘‘As fowle a ladie as the smale pox could make her’: facial disfigurement in sixteenth and seventeenth century England’ (2017)

I am currently on research leave holding a Leverhulme Major Research Fellowship.

My first monograph, Imagining Sex: Pornography and Bodies in Seventeenth-century England, published by Oxford University Press, is an interdisciplinary study of the subject that re-conceptualised how representations of sex, both written and visual, might be thought about for this historical period: it argued for a contemporary understanding of sex as inseparable from ideas about fertility and reproduction. I subsequently wrote the chapter on early modern pornography for the Cambridge Companion to Erotic Literature ed. Bradford K. Mudge (Cambridge University Press, 2017). I edited, with Kate Fisher, The Routledge History of Sex and the Body, 1500 to the Present published in 2013. This book was selected by Choice as one of the two outstanding academic titles of 2013. I have also contributed to TV history programmes such as, ‘Harlots, Housewives and Heroines: A C17th History for Girls’ and ‘Fit To Rule: How Royal Illness Changed History’.

My current research on children and sex early modern England explores a subject that has been comparatively overlooked in the history of early modern sex and sexuality and develops a nuanced contemporary concept of child sexual abuse that pays close attention to religious ideas about childhood innocence as well as to both legal constructions of children's ability to consent and medical ideas about sexual development.

I am on the editorial board of Social History of Medicine.

Academic consultant for ‘The Real History of Sex’ screened by BBC3.

Interviewed by Lucy Worsley for a series on Restoration women, ‘Harlots, Housewives and Heroines: A C17th History for Girls’ (screened on BBC2, 2012).

Interviewed by Lucy Worsley for 2 episodes of ‘Fit to Rule: How Royal Illness Changed History’ (screened on BBC2, 2013).

My teaching relates to my research on bodies, sex, health and medicine but also incorporates subjects that relate to it more broadly, such as crime, the family, and social deviance.

I was appointed to the post of Lecturer in Medical History at the end of May 2005, having previously worked at Exeter as a temporary lecturer since 2002.  I was promoted to Senior Lecturer in 2010.